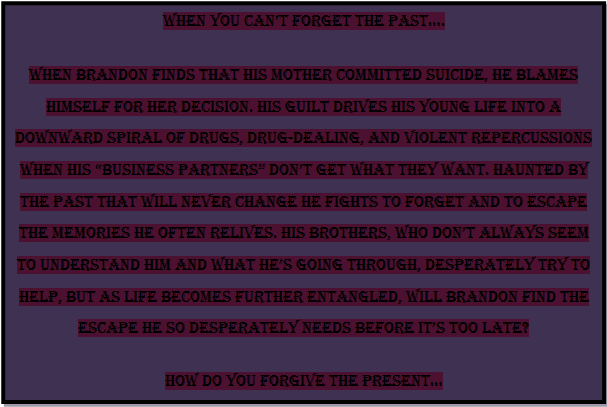 Corinth, TX - Nothing More, Nothing Less by Ashley Dukart is a novel about a young adult’s downward spiral through drug addiction and bad choices stemming from a past he can’t forget.
Brandon’s story starts out with an explosive beginning throwing the reader into an immediate controversy between his brothers and his fiery attitude and lifestyle. Between his own addiction, drug deals, and parties; Brandon attempts to block out the memories the best he can, but even the high doesn’t last forever. Before he knows it the memories that have haunted him in years past are as prevalent as ever and he finds himself wound up in more than he can handle.
Nothing More, Nothing Less is not just a novel, but a glance into a different life. It depicts a life of choice and consequence. Everybody has choices, but they must face what’s right and wrong to make their own decisions and that is not always an easy task to face. When situations arise in someone’s life they are often faced with tough decisions evoking emotions and sometimes confusion, but at one point or another he or she will decide to cross the line or take another path.
“Nothing More, Nothing Less was not written because I experienced what the book depicts. However, I did pull from experiences I saw as a teenager”, says author Ashley Dukart. “Trials and tribulations from family members and close friends allowed me to review how one can perceive certain aspects. Awareness about drugs, alcohol, and getting mixed in with the wrong crowd is important for young adults. They need to know how it can affect them, their friends, and family. It is also important for them to realize the consequences of drugs and drug dealing. By writing Nothing More, Nothing Less, I hope to bring about some of that awareness.” 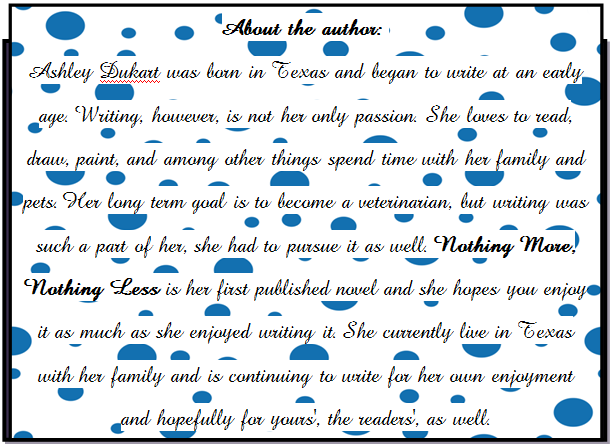 Where to find her:

I will be checking htis books out surely. If you have already heard about it or read it do lemme know what you though of it!!!