Hello everyone. I have a cover re-release for Bethany Lopez's Stories About Melissa series. It is going to be an 8 book series. I have the covers for the first four books and they look fab what with the colorful type font. Read on to find what Bethany had to say about the covers along with the relevant links and of course the cool covers.

When I released Ta Ta for Now! In June of 2011, I had no idea what I was doing. I used Createspace's Cover Design for that cover, as well as xoxoxo. For Ciao, I decided to do something different and had a photo shoot with my sister and brother in law. Now, over two years later, I'm excited to re-vamp the series leading up to the release of book 4, TTYL. I'm so grateful for Kelsey at K Keeton Design for doing a mass photo shoot for all four covers, and to Allie from B Design for the cover design. I love how fresh and fun she made them. I hope you love them too!

Book One (Ta Ta For Now!) Summary:
Melissa begins her freshman year with one goal in mind, getting Brian Jackson to be her boyfriend. She will soon learn that things don't necessarily turn out the way you plan them, the value of true friendship, and the importance of family.

Hey, the first book Ta Ta For Now! is free on Amazon. Go get it before the deal expires. 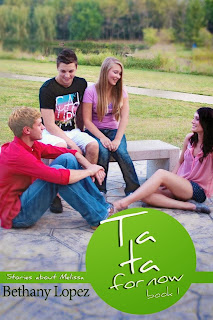 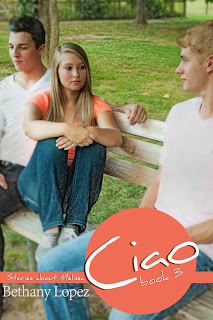 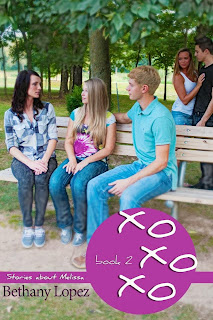 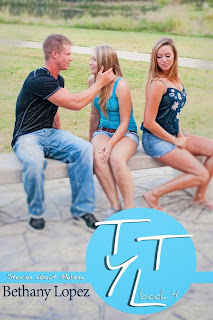 They look interesting. They will be so drama-full. I can feel it. D: