Between Here and Gone is a historical romance. And I have for you it's review and playlist... Here goes.. Pssst.. There's a giveaway as well. Enter below.. 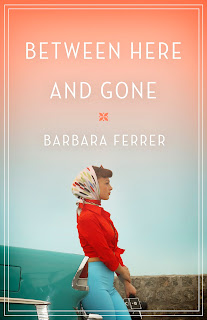 Between Here and Gone Synopsis:
In 1959 Cuba, Natalia San Martín was nothing short of a princess: sheltered, pampered, and courted by her very own prince, a childhood friend turned lifelong love.
All that changed on the fateful New Year's Eve when Fidel Castro and his followers seized control of the country, with tragic consequences for not only the island, but Natalia herself.
Five years later, in 1960s New York, she’s known as Natalie Martin―living a life that’s bleak, but thankfully anonymous. However, when the enigmatic Jack Roemer offers her a job writing the memoir of a starlet on the brink of self-destruction, she sees not only opportunity, but unexpected echoes of a fairytale long forgotten.

As she knows all too well, however, the prettiest façade can hide the ugliest of truths― and peeling back the layers of someone else’s past forces Natalie to confront her own.

"Ferrer has created a story that’s breathtaking in its scope, and a heroine whose strength will leave readers in awe." -Publishers Weekly Starred Review

As might be expected, the playlist for BETWEEN HERE AND GONE is very period-oriented, but with a few unexpected twists in that I have period songs, but covered by contemporary artists. It runs the gamut from the jazz to pop, from the optimistic tunes of the early 60s to the politically-charged anthems that defined the latter half of the decade.

Like the story itself, this playlist covers a lot of territory.

Cast Your Fate to the Wind- Vince Guaradi Trio
Anyone Who Had a Heart- Dusty Springfield
Downtown- Petula Clark
I’ll Never Find Another You- The Seekers
A Lover’s Concerto- The Toys
(Today I Met) The Boy I’m Gonna Marry- Darlene Love
Daydream Believer- The Monkees
Please Please Me- The Beatles
A Groovy Kind of Love- Phil Collins
How Can I Be Sure- The Rascals
Uptight (Everything’s Alright) Stevie Wonder
We Gotta Get Out of This Place- The Animals
Reflections- Diana Ross & the Supremes
For Your Love- The Yardbirds
These Arms of Mine- Otis Redding
You Don’t Have to Say You Love Me- Dusty Springfield
Wouldn’t it Be Nice- The Beach Boys
Mr. Tambourine Man- The Byrds
Dedicated to the One I Love- The Mamas & The Papas
And I Love Her- The Beatles
Walk Away Renee- The Left Banke
Will You Still Love Me Tomorrow- Amy Winehouse
For What It’s Worth- Buffalo Springfield
God Only Knows- The Beach Boys
My Back Pages- The Byrds
Fly Me to the Moon- Grace Potter
Tomorrow is My Turn- Rhiannon Giddens
Light My Fire- José Feliciano
Both Sides Now- Joni Mitchell
Can’t Find My Way Home- Blind Faith
Golden Slumbers/The End- k.d. lang
****

First things first, I love the cover on this book. Second, I loved the manner in which it was written. This is the first book I have read from her and even though the story didn't quite click with me the writing certainly did.

I was into the book at first but then it kinda lost its appeal. It didn't make it matter to me.. If the writing hadn't been this great and descriptive and flowy I don't think I would have ever finished it. 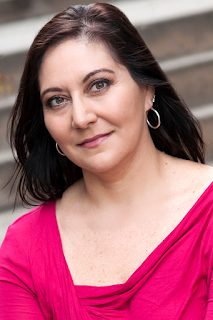 Barbara Ferrer is a first generation, bilingual Cuban-American, whose young adult debut, Adiós to My Old Life was Romance Writers of America’s 2007 RITA® winner for Best Contemporary Single Title Romance as well as being named to the 2009 Popular Paperbacks for Young Adults list by the ALA. Her latest novel, When the Stars Go Blue, a contemporary retelling of Bizet’s Carmen, was released by Thomas Dunne Books and was honored as the first place YA Novel: English Language at the 2011 International Latino Book Awards.

A native Floridian, Ferrer now makes her home in the Pacific Northwest, thriving amidst the rain and cooler weather, finding it the perfect writing environment.

Thanks for stopping by...