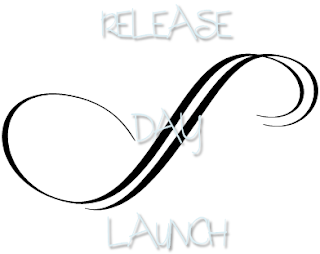 My first release day launch for the new year and also the first post for the new year. I thought I would have had my wrap-up for last month up but I have yet to make changes in it. Hence, this is my first post.

Anyway, hello and welcome. I am excited to be able to help out with the release. Read on to find deets about this dystopian YA by Lila Felix; Forced Autonomy and enter the giveaway. 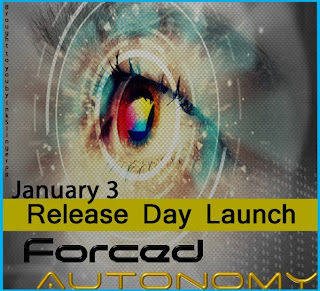 The United States has collapsed. Those citizens who are left are in one of two classes. One: Citizens who have undergone forced lobotomies, as mandated by the United Nations. Two: Those who fight against their tyranny.Petra Kingsley falls under both classes. She falls in line with the drones, pretending her procedure worked. Four years she’s existed among their ranks, hiding in plain sight, being worked to the bone and starved almost to death.Lawson is a bounty hunter of sorts. His target isn’t the guilty, it’s those who are lost in the folds of a broken society.When he spots Petra working in the masses, he stops at nothing to help her escape.But he has no idea who exactly he’s helping—and who will now be hunting them both? 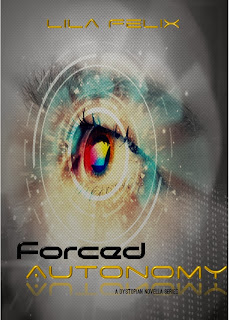 This is how I’m gonna die. Not by machine or a shot to the head. I wouldn’t be lucky enough to just get thrown into the furnace. No, this effing hangnail—well, used to be hangnail, would be the end of me. A throbbing, pustule filled toe cavity would evolve into a full blown infection and then sepsis. Yes, death by sepsis. Now that sounds like my luck. Fever and a bum toe, so damned classy.
I would’ve dug into myself, pulled out a lung and happily traded it for a dollar store first aid kit and some toe nail clippers at that point—I really would’ve. I’d picked the object of my malcontent from my toe with a sliver of metal I’d found on the ground in the factory. I didn’t often find metal in my factory, so I scooped it up at once, hoping the cameras didn’t detect my movement. That night by the light of a flashlight I’d stolen from one of the maintenance drones, I fashioned a rudimentary pair of tweezers out of the sharp, ragged metal. They didn’t work very well. Jerking and pulling, it took me nearly a damned hour to release the painful, jagged hangnail from its solitary confinement on the side of my toe. And I used the same tool to break through the bubble which had taken residence in its place. Hissing through my teeth at the sea sick green globule emerging from my toe, I wished for hydrogen peroxide—or that new skin stuff that burned like glowing brimstone itself. It released its prisoner of infection and throbbed in protest. I washed it the best I could with grime water courtesy of the hyper-recycled water bottle I’d once found behind the building. I used it to steal water from the bathroom in the factory.
I’d never stolen in my life before the collapse.
I’d once perfected the good girl routine, at least superficially. I dressed the part, cutesy vintage dresses that showed just the peep of a knee and nothing more. I kept my hair at that length, below shoulder—so that I could be accused of neither having short hair nor long. I certainly didn’t want to anger anyone with the length of my hair. My shoes were not flats which registered goody two shoes, but they weren’t too high, because that registered whore. I made straight A’s, I smiled when prompted and I never—ever moved an inch out of my little square. That’s what was expected of me. And I didn’t let anyone down.
But that time of my life and my family were long gone.
I tore a strip of cloth from my blanket and tied the wound up in a makeshift bandage. It would have to do until the next day. Then I’d have to take it off, letting the open, gaping hole exposed to the elements, the filth of the streets and the dirt of my work. It would get infected for sure. A wound that before could be cured with a hefty co-pay and five minutes of the good doctor’s time. But all the doctors, nurses and anyone else who had the knowledge or knowhow they needed had been swept away to other countries.
Robots didn’t need medical care. 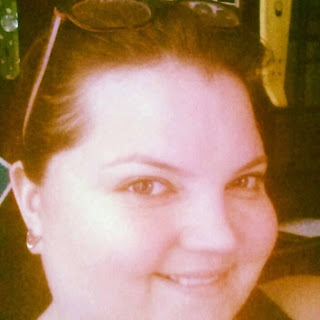 Lila Felix made the decision to write a book after being encouraged by friends. She is a stay at home mom to three wild children and three boisterous dogs and her high school sweetheart husband encourages her daily. Between writing books, she loves to read and watch sappy 80's movies. Favorite things: ice cream, anything purple, roller derby and any kind of music she can get her hands on. If you're looking for her, try looking in the swamp, she's probably duct taping something under the shade of a Cypress tree. 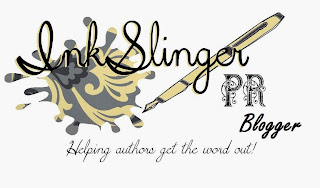